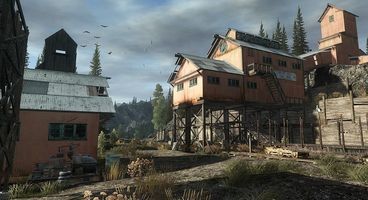 The video is very poor in quality, although it shows first-person footage of Alan walking around in a snowy forest with a pistol in his hand. The video stops when he picks up a shotgun found in a cabin.

Remedy have been contacted for comment, but you can see the full footage below.

Update: Footage has been confirmed as fake. Sorry guys.