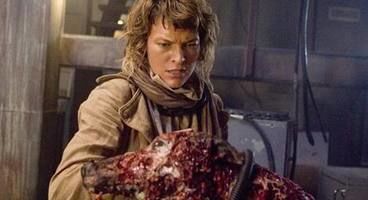 Resident Evil Afterlife, the fourth film in the series, has entered production and will be released in cinemas next autumn, according to ShockTillYouDrop.

Milla Jovovich returns as Alice, and will be supported by Ali Larter and Wentworth Miller, with Ali reprising her role as Claire Redfield and Wentworth as Chris Redfield. Paul W.S. Anderson returns to direct the movie, and is looking to shoot it in 3D.

"Alice's battle with The Umbrella Corporation isn't finished," said Anderson. "Last time we saw Alice, she let them know she was coming after them. It's time to settle the score."

As far as video game movies go, the Resident Evil films are pretty entertaining, so we'll be looking forward to the fourth instalment.