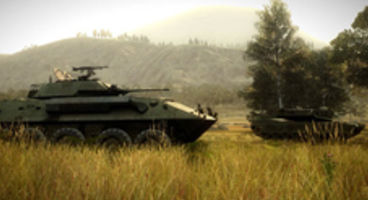 Codemasters has revealed that Operation Flashpoint: Dragon Rising will be getting its second DLC pack offering soon; details scarce.

It will sport "amongst other things" more multiplayer modes, as that's what fans have been "very much asking for" said Codies Ian Webster.

"...we wanted to let you all know that we currently have a 2nd DLC pack currently in development for the Xbox 360 & PS3," posted Webster, on the official forums.

"Can't give out too many specific details at the moment, but the pack will include amongst other things additional MP modes, as we realised that this was something the community were very much asking for in any new DLC."

"As soon as I can release the full content of the upcoming DLC, I will be sure to let you know," added the Dragon Rising community manager. Well there you have it, exact intel on the second DLC pack for the latest Operation Flashpoint is en route.

Do you enjoy the military sim genre, or does Hollywood-style action suit you better?