Halo: Reach "NOT a Natal title" and is "expressly" for 360 controller 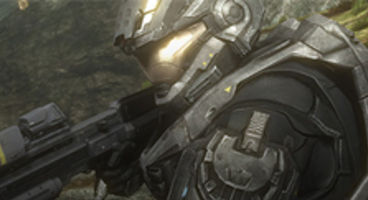 Bungie are on a crusade to bust some myths about Halo: Reach, and one such tale is that it's being developed for Project Natal - no say devs.

In fact the upcoming Halo entry is being made with the "traditional Xbox 360 controller" squarely in their thoughts. Could it still support it?

Unknown, and that's what is likely to haunt developer Bungie from now on. They haven't flatly stated whether Project Natal will or will not be supported by the game. "Myth: Reach is being built for Natal!" reads Bungie.net.

"Truth: Halo: Reach is NOT a Natal title and is being developed expressly with the traditional Xbox 360 controller in mind," adds the team. What hasn't helped are when Bungie big wigs talk Natal and Halo in the same paragraph - like president Harold Ryan.

He said Halo: Reach could "absolutely" infuse Natal, with average code drones (employees) at Bungie saying themselves how cool it would be for Natal and the Halo universe to hook up sometime in the future.

As Project Natal is yet to really showcase to us gamers what it can do, right now we're left with huge scepticism whether it can deliver all this promised awesome-ness.