Square Enix is "eager" to talk on US PlayStation.Blog this month 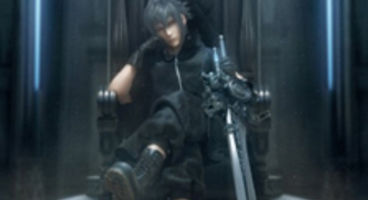 Sony America's Jeff Rubenstein has said that Square Enix will be posting "on the blog" this month, at first teasing Versus XIII details.

However Rubenstein reveals in a later comment that Square "ain’t gonna talk" Final Fantasy Versus XIII yet, not with FFXIII still so close.

"I have, and they’re eager to get some posts on the blog in February,” was Rubenstein's reply, asked if Sony has been chatting with Square about FF XIII.

Unlike Final Fantasy XIII, Versus is exclusive to the PlayStation 3. "Ah, Versus? SquEnix ain’t gonna talk about that with FFXIII coming up so soon, I know that much," was his later reply, asked if he was aware they were talking about Versus.

"When they’re ready to start talking Versus (and I don’t know when that is), I expect you’ll be seeing them here to address you all directly." I guess E3 this June looks to be the only outlet for possible Versus XIII talk from Square. Think you can hold that long?