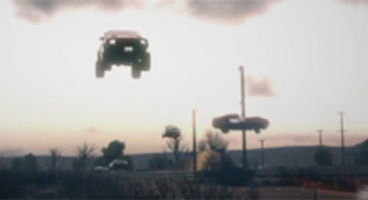 Activision's Dan Amrich has revealed that Blur's multiplayer beta in fact starts next week on the 8th, and not this week as some sites reported.

What does happen this week though is the start of giveaways for beta tokens for Blur. It appears the beta will run only on the Xbox 360.

"Some confusion out there about the Blur beta, so let me do a quick clarification", blogged Amrich, confirming that no beta starts this week only the giveaway promotions.

"Several websites will be launching contests and giving away beta tokens starting on Tuesday, March 2. The gameplay sessions that those tokens unlock does not begin until Monday, March 8," he explained.

"March 1 date that some media sites are reporting is not the right date for the public beta." The multiplayer beta begins next Monday instead. Blur is developed by Bizarre Creations and blends racing with crazy weapon powerups and boosts. See the trailer.

Blur releases on Xbox 360, PS3 and PC this year. Your kind of thing, videogamer?