Irrational is "experimenting" with multiplayer in BioShock Infinite 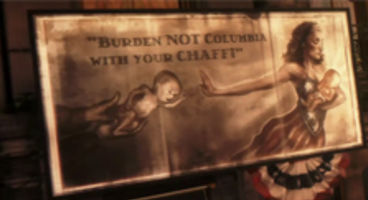 Ken Levine of Irrational Games, creator of BioShock, says they're "experimenting with lots of things" in both single and multiplayer for Infinite.

Not every game needs "world-changing multiplayer" for people to buy it, unless your Call of Duty or Halo - people are "not going to care" much.

"We got a lot of questions with the original BioShock saying, 'You're not having multiplayer? It's a first-person shooter - are you out of your mind?'" said studio boss Levine.

"It's not like people won't buy the game if it doesn't have a world-changing multiplayer element. Unless you're Call of Duty, unless you're Halo, unless you've got something new to say like Left 4 Dead, people are not going to care, so why do it?" he said.

"From where we're sitting on BioShock Infinite, we are experimenting with lots of things in single-player and with things in multiplayer all the time. And the question is - and we're incredibly confident now that we've got a single-player experience that is absolutely going to be incredibly impactful on people... "

"We're not convinced of that on a multiplayer side at this point."

"And we're still thinking about it," he continued, "but unless we're absolutely convinced, it's not something we would do, because I don't see who it serves."

BioShock Infinite takes place in a city floating in the sky, unlike the original and sequel which was based on an underwater metropolis; Rapture. It releases for Xbox 360, PS3 and PC sometime in 2012. Do you hope multiplayer makes the cut with Irrational?