01 September 2010 | By RaveofRavendale
It was recently announced via Major Nelson's blog that Xbox Live Gold subscription prices will be going up as of November 1, 2010. The new prices will affect Xbox gamers in Canada, Mexico, the United Kingdom and the United States.

Larry Hryb, director of programming for Xbox Live, posted up price changes for the Xbox Live Gold service, with all rates receiving a hike in the US. From November, one month will cost $9.99 (a $2 increase), three months will cost £24.99 ($5 increase) and a yearly subscription will cost a whopping $59.99 ($10 increase). Other countries will see a rise in prices too, with the UK monthly price moving from £4.99 to £5.99 - although British gamers won't see their yearly subscription price increase. 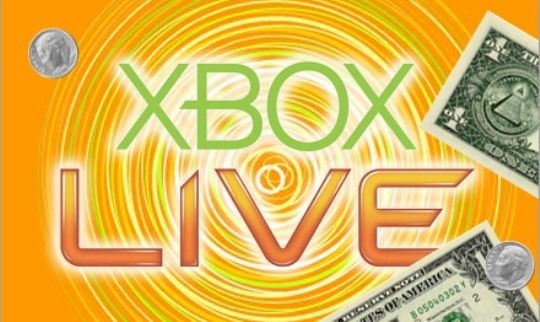 Hryb went on to explain the new price plan, stating "Since launching Xbox LIVE in 2002 we have continually added more content and entertainment experiences for our members, while keeping the price the same. We’re confident that when the new pricing takes effect, an Xbox LIVE Gold membership will continue to offer the best value in the industry."

As you'd expect, the Xbox Live community exploded shortly afterwards, with users posting comments on the Major's blog calling the price hitch "terrible" and "ridiculous". One user angrily said that Microsoft "don't even give us enough content to justify $50 let alone $60", while another put it simply: "Don't you guys make enough money?".

Indeed, a report from Bloomberg found that it's very likely the Xbox Live service brought in over $1 billion for Microsoft last year - the first time this milestone has been topped since the Xbox 360's release. Why, then, is the price of the service going up?

In a rather cheeky move, Hryb's post blog also added: "However, we do want to thank our loyal members and give you the opportunity to lock in your current price with an additional discount, so now would be a good time to renew your subscription."

A link is then provided to a page on the Xbox store which offers a year's worth of Xbox Live Gold for $39.99 - ten dollars cheaper than the usual price. Obviously the fact that Xbox Live prices are going up, coupled with the $10 discount, will cause a surge of year subscription purchases. It's a clever move by Microsoft - it appears that it is doing a favour to the community, when in reality it's looking to make a great amount of money in a short space of time from the deal.

Of course, as prices go up on the Xbox Live service, comparisons to the PlayStation's free and paid online features are thrown about. PlayStation Plus was introduced recently, offering PS3 owners special offers and services for a fixed yearly rate - much like Microsoft's setup. As Sony's prices will now be cheaper than those for the Xbox, it's worth considering which service offers more for your money.

Xbox Live definitely has one up on PSN in terms of the services it provides - the likes of Last.fm and ESPN are available, while movies can be streamed instantly at 1080p quality. Yet look beyond this, and the PlayStation Network begins to taste victory. PlayStation Plus gives paying users free games and full game trials - both of which the Xbox does not offer.

Even those gamers who don't pay for PlayStation Plus are getting a free service which is relatively decent compared to Xbox Live Gold. PSN users get free online play, game demos as soon as they're available, sales prices and Netflix - all features which require a Gold subscription with the Xbox 360.

In fact, the only real advantage Xbox Live Gold has over the PlayStation Network system is the online play services it supplies - features like cross-game voice chat, party gathering, player ratings and the like.

The ultimate question, then, is whether the Xbox Live Gold service is worth paying $49.99 for, let alone the new $59.99 price point. Many would argue that it used to be, but as the PlayStation's free online features have been improved, Gold subscriptions don't seem all that worth it anymore. 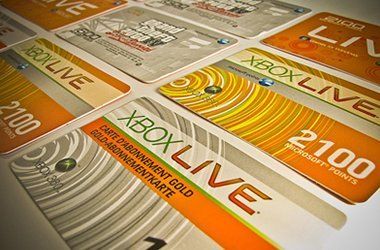 As to whether the ten dollar increase is justifiable, the answer is a definite no. Microsoft has not added enough to the service to warrant an increase, and the majority of options which are now included are available for free on the PlayStation anyway!

Rather than forcing loyal Xbox gamers to pay more, Microsoft should spend some time considering how to better improve the current service, and as a result pull in more customers who will be willing to fork out the yearly subscription fee. In the current situation, gamers who have now been paying this premium for years will be left feeling frustrated at the price increase, and it may well be the final nail in the coffin for many.