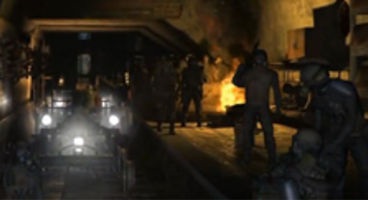 Developer 4A-Games are keeping the Russian in the English release of upcoming post-apocalyptic shooter Metro 2033, with subtitles.

It's purely for that extra atmosphere, if you want it. Let's hope both are well voiced. The game releases March 19th for Xbox 360 and PC.

Metro 2033 is all about humanities struggle to survive a disaster, with settlements now forced underground because of the horrors on the surface. Metro stations have become 'towns' in the game, and 4A-Games have given it a clear S.T.A.L.K.E.R. vibe.

See the trailer for Metro 2033 below.