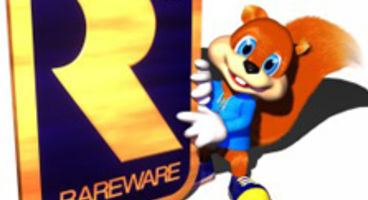 Banjo Kazooie developer Rare has got some new digs in Digbeth, Birmingham in the UK and officially swings open the doors this April.

The new studios primary focus is production, test and usability with around 90 new developers housed, though this number will fluctuate given needs, reports CVG.

"The old way of making games just doesn't work anymore - we need to be much more flexible in how we staff a team and setting up new facility in Digbeth will help us to do this," said Rare's Betteridge. Fazeley Studios is the name of the new team.

"Its central location and the nature of other businesses in the area make it a very appealing environment in which to work. While we are committed to keeping our headquarters in Twycross, we feel a second studio in a more urban location will be appealing to some staff."

Lucan Gray of the newly created Fazeley added: "I am delighted that Rare has chosen Fazeley Studios for its second base. The fact that a Microsoft Games Studio is coming to Digbeth shows how things have moved on in the area in the last couple of years, in spite of the challenging economic background."

"Our aim is for Digbeth to be the geographic heart of Birmingham's digital economy. You can't get much better than Microsoft arriving as a vote of confidence in our ability to deliver that aim." As long as it gets us a Goldeneye revival sometime it's all good.

Let's all hope that developer Rare will produce something new and fresh soon enough, because frankly their latest releases feel nothing but a whimper compared to their past glory, but perhaps that's just me? What say you, videogamer?