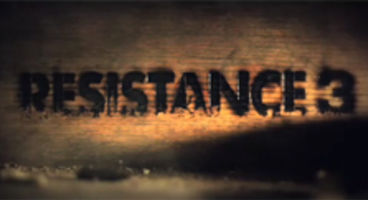 Insomniac's Resistance 3 will get to show off its gameplay for the first time in a public trailer at the Spike Video Game Awards taking place next weekend.

December 11th is the magic date for so much gaming goodness. Resistance 3 releases exclusively on PS3 in 2011. The trailer will also have live-action.

"See the world premiere of Resistance 3 gameplay footage on the Spike VGA Awards next Saturday!" twittered Insomniac Games. "The second part of the teaser contains both live-action and gameplay elements. There will be a good amount of gameplay though!" Below is the Spike VGAs teaser for Resistance 3.