It's a free arena shooter released on PC in 2005, with over 4m unique downloads. It's "extremely competitive" say devs, and at GDC 2010. 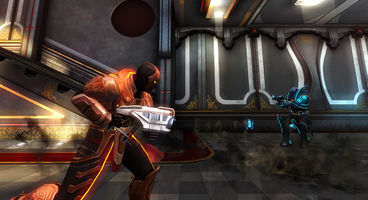 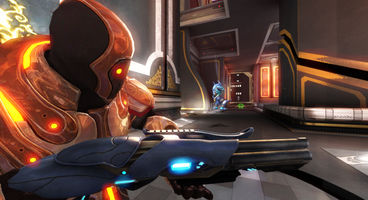 "Since its launch in 2005, Nexuiz has become a cult hit with hardcore arena FPS players from around the globe,” said Chuck Brungardt, President of IllFonic.

“With its unique setting, new features, and slick ranking system we are looking forward to bringing Nexuiz to a new community of console gamers." Its leaderboards have a social network component as well as player 'mutators' awarded by earned rank.

"IllFonic is not only introducing Nexuiz to an entirely new set of gamers, but also completely updating the graphics for the next generation while staying true to the gameplay refined over the years through open source development,” said Nexuiz creator Lee Vermeulen.

IllFonic will showcase their console edition of 'Nexuiz' at next week's GDC in San Francisco, with release on Xbox 360 and PS3 due this year. Check out some PC action.