Frontier's David Braben concludes Infinity Ward "as it was, is dead" 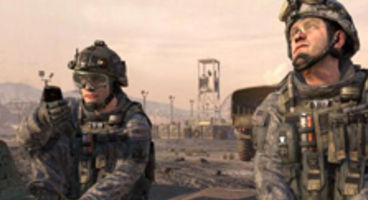 It's official pronounces Elite creator David Braben, that the Infinity Ward we grew to love for Call of Duty "is dead." it's set to be "different" from now on.

Braben blasts Acti for appearing "not to value" their own teams, or understanding 'what they care about'. Studios "a lot more" than just tools and tech.

All this "highlights is the way the board level management appear not to value their own teams, or even understand what it is they care about", Braben noted to CVG.

"Whatever happens now, Infinity Ward as it was, is dead," he stated.

"The 'brand' may live on, but a company is its senior staff. Without them it is a different company, and at the very least will need all its seniors replacing - either by promotion from those remaining, or from outside." Infinity has suffered major casualties - 35 developers have left since Jason West and Vince Zampella were fired in March.

"That is not to say that those others might not do a really good job of making it work, but it will have a different mindset, a different approach, a different balance of experience. Tools and tech will carry over, but a company is a lot more than that," he explained.

"Give me Respawn, any day." West and Zampella have formed Respawn Entertainment and have entered into agreement with EA Partners for distribution, however West and Zampella will retain the full rights to any new IP they create.

Braben himself is busy at his studio Frontier with his big project The Outsider, of which the public has since absolutely nothing of since its initial reveal ages ago. Do you feel Infinity Ward will become a totally different animal now? More subservient perhaps?