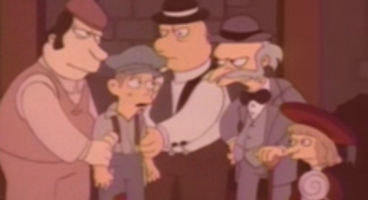 Activision recently fired Infinity Ward heads Jason West and Vince Zampella for "insubordination", but now the two are fighting back.

They claim Acti "has refused to honor" what their employees "have rightfully earned," says attorney Robert Schwartz. Want IP control back.

This is going to get bloody...

"Activision has refused to honor the terms of its agreements and is intentionally flouting the fundamental public policy of this State (California) that employers must pay their employees what they have rightfully earned,” said the duo's attorney Robert Schwartz.

"Instead of thanking, lauding, or just plain paying Jason and Vince for giving Activision the most successful entertainment product ever offered to the public, last month Activision hired lawyers to conduct a pretextual ‘investigation’ into unstated and unsubstantiated charges of ‘insubordination’ and ‘breach of fiduciary duty,’ which then became the grounds for their termination on Monday, March 1st.”

The two ex-heads of Call of Duty developer Infinity Ward have spoke out too. “We were shocked by Activision’s decision to terminate our contract,” said Jason West.

"We poured our heart and soul into that company, building not only a world class development studio, but assembling a team we’ve been proud to work with for nearly a decade. We think the work we’ve done speaks for itself.”

Zempella: “After all we have given to Activision, we shouldn’t have to sue to get paid.”

Vengeance is burning bright in West and Zempella's eyes, as they're not only suing for unpaid royalties but also for control of the Modern Warfare brand.

“Modern Warfare 2 is arguably one of the most successful games in history and together with Call of Duty, has generated more than $3 billion in sales for Activision,” reads the suit. “In addition, Activision seized control of the Infinity Ward studio, to which Activision had previously granted creative control over all Modern Warfare-branded games."

Activision has recently announced that newly formed Sledgehammer Games is to work on an "action-adventure" Call of Duty title, and another instalment is due out in 2011. As of right now Infinity Ward is working on downloadable content for Modern Warfare 2.