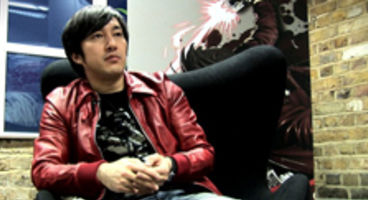 Goichi Suda is boss of Grasshopper Manufacture, and he's really interested in some new properties for both Project Natal and PlayStation Arc.

He'll make some new IPs to "fit that control system," referring to both techs. Suda-san also expressed interest in a Heavy Rain like videogame.

Boss Suda-san was speaking with GameSpot when he said he's "very interested" in developing games for both the motion tech platforms. "I will make some original IP to fit that control system," he said, not throwing out just some port of No More Heroes.

The Grasshopper head would also "very much like" to produce his own Heavy Rain like project, as he favours "new designs and anything that gives new experiences to the players." it would be hard with "the current generation" of Japanese developers though.

Have you enjoyed No More Heroes from Grasshopper and Suda-san?