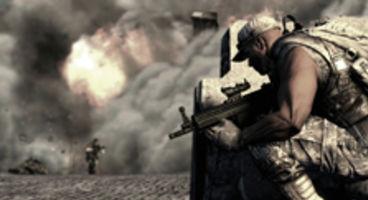 The studio has been busy "re-envisioning" tease Sony, while promising it keeps faithful. A trailer has now been released, so come get it!

"The guys have busy working away on the re-envisioning of a certain military franchise that they are hugely passionate about..." Wait for it...

"I’m pleased to announce that an all new SOCOM is gunning its way exclusively to PS3!" posted SCEE's Richard Yap on the EU PlayStation.Blog. The story is set in South-East Asia, where you'll take on a "revolutionary army" that's seized control of a vital nation.

"Your mission is to step into the well-worn boots of the Ops Com, a NATO Operations Commander of an elite, five-man squad. You must venture deep into inhospitable jungles, city streets and crumbling urban ruins to engage an army of rebel fighters and discover their plans."

"Although you’re vastly outnumbered, you’re armed with the latest weaponry and your men are second to none – but do you possess the stealth, speed and tactical thinking to lead them to victory? Time is not on your side: you have just six days to complete your mission. To emerge victorious, you must lead from the front, maintain control of the situation and fight with sheer intensity."

What's that? You didn't come here to read but to watch a trailer? Well, okay...