West/Zampella: Kotick "prefers to pay his lawyers" than employees 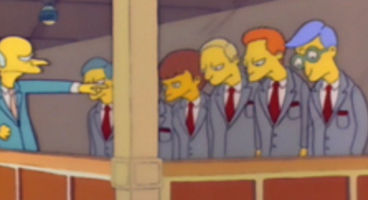 A full 16 paged document has surfaced with all of Jason West and Vince Zampella's grievances against Activision, filed in the lawsuit.

It talks of "astonishing arrogance and unbridled greed" by the publisher, and says they were "interrogated for over six hours" by the company.

The filing has been posted up by IGN and makes for some startling accusations against the now biggest videogames publisher. "This lawsuit is solely and regrettably the result of the astonishing arrogance and unbridled greed of defendant Activision," it begins.

West and Zampella say they've been "lining Activision's pockets with billions of dollars in revenue" thanks to the Call of Duty franchise, and aren't surprised they need to sue for pay, "given that Activision is run by a CEO who has been publicly quoted as believing that the best way to run a videogame studio is to engender a culture of 'scepticism, pessimism, and fear,' and who prefers to pay his lawyers instead of his employees".

The pages document things from their perspective since the launch of 2007's Call of Duty: Modern Warfare, up until their dismissal earlier this week.

"For example, Activision forced Infinity Ward's employees to continue producing the games at a breakneck pace under aggressive schedules, and West and Zampella were concerned that Activision was emphasising quantity over quality."

"Given Activision's insistence that Infinity Ward continue to focus on sequels to Call of Duty games instead of new intellectual property, West and Zampella were also concerned that Activision's demands risked 'burning out' the Infinity Ward employees' creativity. Nurturing a creative environment had been one of the cornerstones of Infinity Ward's success."

"West and Zampella were not eager to extend their employment; especially as they watched their games receive countless awards and make Activision billions of dollars, while many Infinity Ward employees were not being provided a fair share."

A Memorandum of Understanding was signed by Activision and the two at Infinity Ward, effectively giving the developers the right to reject a Call of Duty title should they feel quality has been compromised. "The MOU explicitly provides that no such game can be commercially released without the written consent of West and Zampella," it said.

After Modern Warfare 2's release, Activision began to "manufacture a basis to fire West and Zampella" to avoid handing over millions in royalties. When the two asked about the investigation they were told in "Orwellian fashion that West and Zampella 'already have a clear understanding of what they have or have not done'".

The two bosses "were interrogated for over six hours in a windowless conference room", while investigators "brought other Infinity Ward employees to tears in their questioning", alleges the West/Zampella lawsuit.

Once the investigation was concluded "Activision offered West and Zampella less than six hours to respond" to the findings.

Activision has called this lawsuit "meritless" and internal memos allege that West and Zampella were in communication with rival publishers like EA.