EA tries to "craft a Halo-killer" with Crysis 2, is a "very high-end" IP 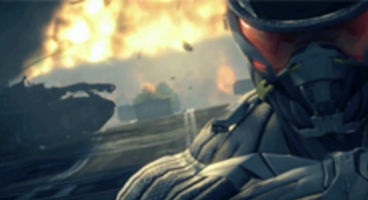 Publisher EA want something to seriously dent Bungie's mega Halo success, as they reveal Crysis to be a "multi-year franchise" ambition.

EA Games' Frank Gibeau says Crysis 2 "is spectacular" and something to "squarely go after" Bungie's pride and joy. EA has "damn killer team."

"...we were trying to craft a Halo-killer, you know a product that would squarely go after what Bungie built with our partners at Crytek. So the Crysis 2 product is spectacular, very high-end, and is going to be a multi-year franchise," Gibeau told IndustryGamers.

"...so at some point in the portfolio plan you’ve got, when you look at Crytek, DICE, Epic, the LA team building MoH, and then Respawn, you know we got a pretty damn killer team. There’s not a lot of opening positions left on that roster and so that was definitely something that played into how we’ve looked at opportunities out there," he continued.

Gibeau appears to say they didn't go after Bungie before they got locked into a 10 year deal with rival publisher Activision. The whole truth, or just some spin you reckon?

"But, we’re going for it and I‘ve gotten to know the Bungie guys over the years and they’re a terrific bunch of people, but we’re very pleased and confident with what we got and the franchises in our portfolio," added the EA Games boss.

Can Crysis 2 'kill' Halo? Right now Bungie is super busy with their multiplayer beta for Halo: Reach, which started this week on Monday. Crysis 2 releases on Xbox 360, PS3 and PC later this year while Halo: Reach is exclusive to the Xbox 360.