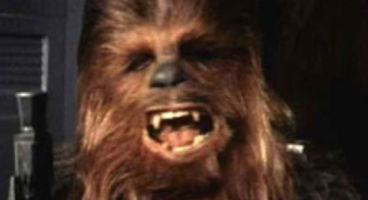 LucasArts' Haden Blackman revealed that before the Force Unleashed came about they pitched an "open world" and "over the top-style" Wookie.

George Lucas himself slapped it down, wanting something with a juicy narrative. Star Wars The Force Unleashed II is out this year, in late October.

Basically Blackman had the idea of The Incredible Hulk: Ultimate Destruction starring a Wookie, in a completely open-world space that would just let you go wild, or feral. However Lucas himself had just been talking up the need for dialogue and meaning.

"At one point we were kicking around an idea where you were playing a Wookie," said Blackman, speaking with GamePro in an interview.

"It was going to be a big open world, and you'd be running around, and you'd be able to grab the heads of AT-STs and throw them at stormtroopers," he said.

"It was a very over the top-style superhero game." At least this bit of the pitch survived the transition into the Force Unleashed, with Starkiller kicking butt with the force.

"He just looked at me and said, 'I just spent the last half hour talking to you about the importance of characters talking to each other, and you pitch me a game idea where the main character can't talk?" recalled Blackman on George Lucas' reaction.

Sorry Star Wars fans there'll be no open-world rampaging Wookie juggling AT-ST heads for his own amusement, but at least we get more over-the-top force powers.