Activision chats with Microsoft, Sony and Nintendo on going digital 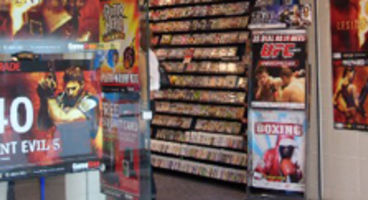 Digital distribution, yeah it's becoming one of those annoying collection of two words now. Everyone keeps saying it but with good reason.

It's happening. Acti's Andrew Brown gossiped with the platform big boys, asking them when is digital going to murder the retail boxed game.

"This depends on what your criteria and price point definition is – value or volume," said Microsoft's Neil Thompson, in the MCV piece.

"I expect digital distribution of game content to explode in the next three years as more publishers encompass the value of Xbox Live and its ability to deliver on-going value to customers through digital enhancements that prolong the life of games."

"However, from a value perspective, I still see boxed product through retail as playing the lead role during that time horizon," he explained.

Okay, now what about lead rival Sony? "It’s worth considering that the Digital Britain Report only suggests all UK households have access to a 2Mbps minimum broadband line by 2012," pointed out Sony's UK boss, Ray Maguire.

"So whilst it may be convenient and straightforward to download relatively small files, it’s unrealistic to expect the vast majority of consumers to access and store the 25 or 50 gigabytes of data that make up a Blu-ray release."

"Therefore, whilst the popularity of and demand for bite-size content will continue to grow, there’ll still be a need for a storage medium that’s both convenient and accessible to the majority, not the minority, for some time to come," he continued.

"I don’t think that digitally distributed product will overtake our boxed product for a long time. Right now, the majority of consumers are not ready for this and those that are, are a very narrow band," said Nintendo UK man David Yarnton.

"Consumers have taken up downloading content in some areas but we still see retail being a vital and valued partner for some considerable time to come."

So we have a consensus. Yes, digital distribution will rise because it's inevitable but the boxed retail package won't be going anywhere soon because most people’s Internet sucks. It's simple economic science really - and all the big platforms agree.