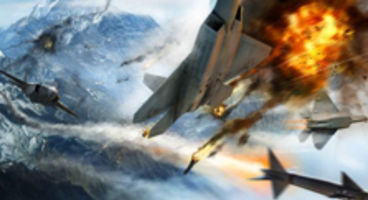 Publisher Ubi has revealed one of their Tom Clancy games in the works as H.A.W.X. 2, the one with all those jet fighters doing fancy aerial moves.

Ubi's Bucharest team are developing H.A.W.X. 2 as the IP has become "very successful" for them. The sequel is "directly inspired" by Clancy's books.

Once more we play as an “elite aerial soldier” who gets to pilot “the world’s most technologically advanced aircraft”. In case you forgot or haven't played it, the aircraft had some super cool onboard systems and let you pull some daring stunts.

"This new H.A.W.X. game is directly inspired by Tom Clancy’s books, and it will enable fans to once again experience the excitement and intensity that established H.A.W.X. as a successful brand." Tom Clancy's H.A.W.X. 2 releases for Xbox 360, PS3, Wii and PC.

Check out the launch trailer for the original Tom Clancy's H.A.W.X. below.