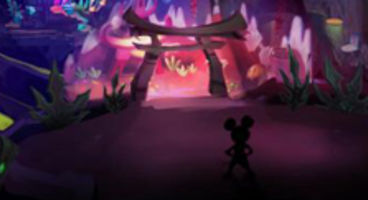 Thanks to Kinect and PlayStation Move, Warren Spector of Deus Ex fame says Disney's Epic Mickey for Wii could end up on the next-gens.

It's a decision "above my pay grade," admits Spector but the lack of motion kept it from Xbox 360 and PS3. Right now he's happy with it just for Wii.

"Before Move and Kinect I probably would have said no, because the game is built around gesturing. Now, however, there's no reason technologically why we couldn't," replied veteran designer Spector, asked if Epic Mickey could one day go HD.

"That decision is really above my pay grade, and no one's asked me for a port. I've been a Nintendo fan a long time, and I've been pretty open about the fact that the Zelda games are some of my favourite of all time. So we're a Wii exclusive and I'm happy about that."

The decision rests with the mighty executives at Disney corp. Should they expand Epic Mickey to include some love for Microsoft's Kinect and Sony's PlayStation Move? Epic Mickey releases exclusively on Nintendo Wii this holiday 2010.