Stardock lays off staff after Elemental 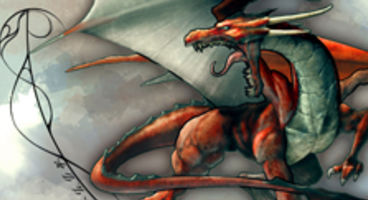 Because of Elemental: War of Magic's "rocky launch" Stardock Games has had to let some staff go, as revenue was expected to fund projects.

In fact they planned to use Elemental's success to fuel their "main games" team and a second team's project. Their QA "was insufficient".

"It is true," confirms Stardock Games boss Brad 'Frogboy' Wardell, as he replies on the Elemental game's official forum regarding the staff cuts.

"Elemental's revenue was anticipated to provide the revenue both for our main games team's next project as well as a second team. Unfortunately, that is unlikely to happen so we've had to start laying people off."

"No one is being fired. None of these people did anything wrong. Stardock is a small company and each person here is truly amongst the best and brightest. So you can imagine how much it sucks for all of us to lay off anyone."

"We haven't had to lay anyone off since our migration from the OS/2 market in 1998. It would be great if we can bring as many of these people back over time if the studio can afford it." Technical woes hit the game at launch causing poor critical reviews.

"No one involved on the core components of Elemental is affected," he continued.

"Elemental's rocky launch can be summed up (IMO) as follows: Our QA process was insufficient to handle a brand new platform (Elemental = Kumquat 1.0 versus say Galactic Civilizations II was using Pear which was the same engine, modified, from 1997's Entrepreneur) + my own catastrophic poor judgment in not objectively evaluating the core game play components."

Elemental: War of Magic mixes turn-based strategy with RPG as you control and guide a collection of heroes whilst growing an empire. "It aggravates me to no end that there's often very little connection between the myriad of poor decisions made at the executive level - including myself at the top - and the people who end up losing their jobs," he said.

"But my job isn't to dispense economic justice. My job is to try to keep as many people employed as possible and make sure our customers are taken care of." Have you been enjoying Stardock's Elemental: War of Magic?