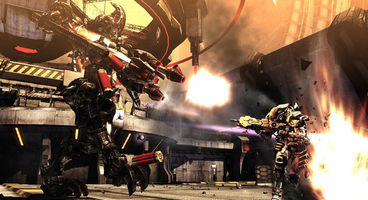 Platinum Games producer Atsushi Inaba has revealed that the team are working on a “big multiplayer title”, although it hasn't been officially announced yet.

"We haven't officially announced it yet, but we have a big multiplayer title that we're working on right now," he said in an interview with NowGamer.

Platinum Games hasn't featured multiplayer on several of its latest titles, such as Bayonetta, Madworld and Vanguish, which releases on October 22 for PS3 and Xbox 360.

We'll give you the full details on this new game as soon as it's announced.