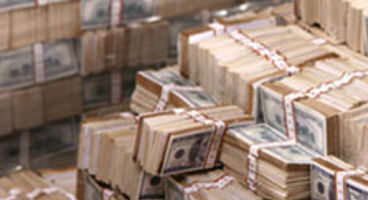 Microsoft's fiscal year ended June 30th, and boy do they have some nickels and dimes to count. According to a report they got $1.2bn from Xbox Live.

Nearly $600m of that is from Gold Live subscribers alone, with the rest made up of avatar items, movies, digital games and downloadable content.

It's estimated that around $1.2 billion was hauled in thanks to the console network says Bloomberg News, reports IGN. It's no wonder Sony has been keen to push for a premium network service of their own; PlayStation Plus.

"The old playbook of ‘launch and leave’ is a relic of the past,” said Xbox's chief operating officer Dennis Durkin in an email. "Today with Xbox live, it’s now about ‘launch, sustain, retain’ by continually adding new content that enhances the original experience.”

Microsoft has been clever in trying to expand the number of services that Xbox Live can offer, all the while making sure to profit from each and every one. The online TV streaming service Hulu is soon to grace the Xbox 360, as well as PS3 too.

Sure it's always fun to bash the big corporate giant... but they're obviously doing something right to get us to part with our cash so willingly.