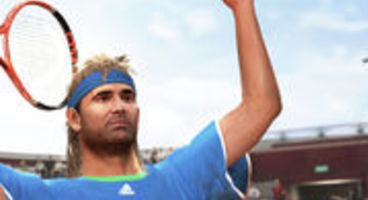 2K Sports has announced that Top Spin 4 is in development for the Xbox 360 and PlayStation 3, and is scheduled to be released in 2011. The firm has already confirmed the pre-order incentive, which allows Andre Agassi to be a playable character in the game.

"Top Spin 4 is shaping up to be the most realistic and exhilarating tennis game in the Top Spin franchise," said Greg Thomas, president of product development for 2K Sports. "For this iteration, the development team is focused on delivering a bold new take on the sport of tennis by allowing gamers to experience first-hand an uncanny level of realism in the player and stadium models, authentic audio captured directly from real tennis matches, and all-new innovative controls to dominate the competition."

In development at 2K Czech, Top Spin 4 brings the competitive action of tennis to life like never before with redesigned controls, jaw-dropping player models and Signature Style animations, enhanced TV-style presentation elements, and one of the deepest player rosters to date featuring tennis' top athletes and legendary pros.