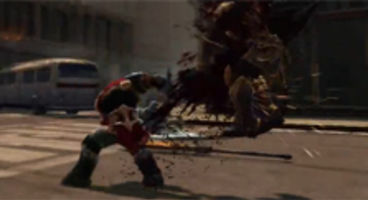 Joe Mad of developer Vigil has eased our fears, or at least those who've got Darksiders for Xbox 360, because a patch is soon on its way.

Right now it suffers from quite a bit of screen tearing, but it's not hard to fix. Madureira reckons it'll be here "really soon" so don't panic.

"It's something that's really not a difficult fix for us and so we're going to implement a patch to resolve the problem. We're fairly certain it'll happen really soon so look out for it," Madureira told IGN. Darksiders releases on Xbox 360 and PS3 in Europe today.