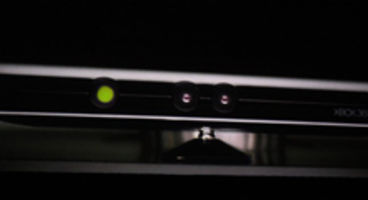 The corporate giant Microsoft has decided to ditch a separate and internal chip for Project Natal, instead choosing to rely on the software.

That means spare processing power of the Xbox 360 will handle the needs of Natal, and it won't mess up latency times. Cheaper for us then?

"The full Natal hardware/sensor combo always looked like an expensive proposition in a market where Microsoft really needs to turn a profit," said Digital Foundry's Richard Leadbetter, reports GamesIndustry.biz. "The notion of offloading the processing to the 360 CPU in the name of lower costs and easier upgradability makes sense."

"Patching up older games to run with the new hardware now looks rather unlikely unless they have the CPU time to spare, but hopefully this will serve to focus developers on Natal-specific concepts as opposed to revisiting old classics."

During CES, Microsoft gave hint that there would be no dedicated chip powering Natal, which spells doom for fans wanting some motion tech in their classic 360 titles.

"A proprietary software layer makes the magic of 'Project Natal' possible. This layer differentiates 'Project Natal' from any other technology on the market through its ability to enable human body recognition and extract other visual noise," said Microsoft.

Does this mean the savings will be passed on to the consumer or just penny savings for themselves? "Microsoft does not comment on rumor or speculation,” was the official response CVG got on the whole 'Natal without a chip' revelation.

According to Tech Radar, Natal uses "between 10 to 15 percent" of the Xbox 360's computational power, which is less room for more efficient and meatier games.