Square Enix date RPG game 'Nier' for spring in US, not sure on EU 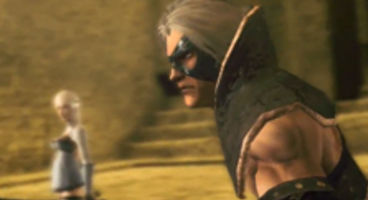 Bullet Witch developer Cavia will have their latest project, 'Nier', release on Xbox 360 and PS3 this spring according to publisher Square Enix.

It's unsure if this applies to Europe. It's proudly stamped "the next RPG" from Square, full of "action-packed" combat and pretty magic.

"The latest offering from the RPG masters at Square Enix, NIER blends an intense, action-packed single-player experience with a complex plotline that will keep players guessing," blurbs the press release, reports Team Xbox.

"Jump in to the title role of the unyielding Nier, and unravel the tale of a desperate man’s quest to discover a cure for his ailing daughter." Cavia has also developed Bullet Witch, Resident Evil: The Umbrella Chronicles and KORG DS-10 in the past.

"Battle ferocious and mysterious enemies by combining proven RPG-style gameplay, such as magic, character development and faithful allies, with action-focused explosive swordplay and combat." Yep that sounds RPG alright, with action as promised.

Nier is releasing on Xbox 360 and PS3 this spring in the US. Check out the trailer.