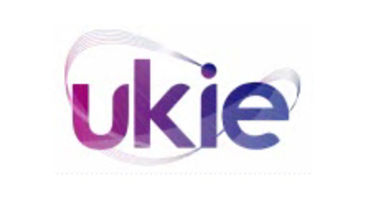 The Confederation of British Industry welcomes UKIE, formerly known as ELSPA, calling it perhaps the "biggest player" in the UK creative industry.

CBI see's the creative industry as "very important" to the UK economy, being 6-8 percent of it, and it's "growing much faster" than everything else.

"We welcome the arrival of UKIE with its plans not only for boosting and expanding the interactive entertainment industry but also for being a big player, perhaps the biggest player in the UK's creative industries sector,” said CBI boss Richard Lambert.

"That's a bold ambition which we welcome," continued the director general.

“The CBI sees the creative industry as a whole as a very important part of the economy, it's about 6-8 per cent of the economy, and it's growing much faster than the overall economy and we need industries like that given where our economy is right now."

“Within that the interactive entertainment industry is probably the fastest growing segment and one which is changing quite a lot because of the way its platforms are changing, its audience is changing, its markets are chaining, so it's a good time for UKIE to be setting up with big ambitions.”

While the videogames industry is far from immune to any economic downturn, it has been the most robust given the growing number among new generations seeing videogames as an essential part of their upbringing. Sadly UKIE already sees tax breaks as unlikely.

"Our job as UKIE is to create an environment that attracts overseas corporations to come here and invest, and likewise help UK companies stand on the global stage. The UK is not second rate – we are the premier league. Listen up: great talent, great people, great games," said UKIE director general Michael Rawlinson.

UK tax incentives "aren’t coming. So what do we do? Keep saying ‘Woe is us’? Or do we stop and realise the great things we have made in the past, look at the exciting things that we are making now and leading the world on?" Being chipper doesn't pay the bills, sir.