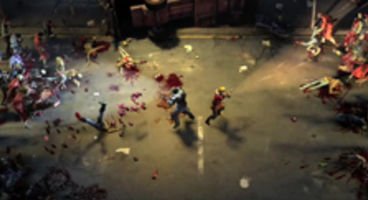 The studio decided it would be "unfair" to not include it at launch, which meant an extra 4 hours of work a day for coders. It's a 2010 PSN exclusive.

"... I would like to confirm that Dead Nation does have an online co-op mode! You will be able to team up with your friends, either sharing the couch or via the PlayStation Network, and take on the undead invasion," posted Ilari Kuittinen, Housemarque founder.

"Originally, online co-op wasn’t going to be included as a launch feature as the schedule and resources didn’t allow it."

"However, after many late night testing sessions and long talks with Sony, we decided that this was a must-have feature and it would be unfair on you if we launched without it. At this point our coders went from 12 hour working days to 16 hour days, as well as weekends. Fortunately, I think what we came up works really well," he added.

Developer blood, sweat and tears went into the online co-op for Dead Nation which releases exclusively on the PlayStation Network "later this year." Interested?