BioWare reiterates the "long-term" for Dragon Age and Mass Effect 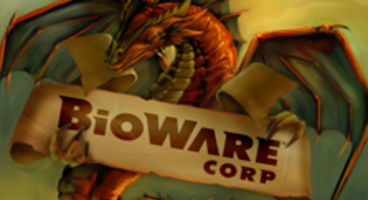 Ray Muzyka of BioWare, that's Dr. Muzyka, has reaffirmed how committed they are to Dragon Age and Mass Effect with "dedicated investment".

"We like to support our games long-term. Our fans are really important to us, and we try and support them. We have long-term plans for both Dragon Age and Mass Effect. Actually, we have a separate team running in parallel as part of the franchise team," Muzyka told IGN.

"You know, people are moving back and forth, but we've made a dedicated investment in DLC for Dragon Age and Mass Effect, so we're going to support them for a long time. Stand alone products, expansion packs, things like that as well."

"I think we want to continue to advance the state of the art and the industry, and I think our best work is still ahead of us. It makes it fun – you're always trying to innovate and push the envelope with everything you do," added Muzyka on BioWare's future.

BioWare has just launched free DLC in the form of some Cerberus armour for Mass Effect 2 players who have an activated Cerberus Network account. Have you been having an RPG blast with Dragon Age and Mass Effect, videogamer?