Designed by Creative Director Stuart Black (co-creator and designer of Black, 2006), Bodycount is being created by an all-star development team using the EGO Game Technology Platform, and is scheduled for release in Q1 of 2011.

“Our core focus for Bodycount is to deliver best-in-class gun play that places the gamer at the heart of the experience,” said Executive Producer Tom Gillo. “From the jaw-dropping devastation caused by firing into enemies or shredding the world around you in a hail of bullets, Bodycount will crystallise that moment of pulling the trigger into an exhilarating sensory overload of action.” 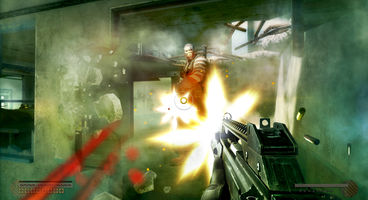 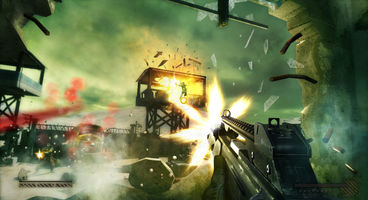 In Bodycount players become ensnared in a clandestine global power struggle as a powerful combat asset with a green-light to eliminate enemies known only as ‘Targets’ on behalf of the ‘Network’. Equipped with a mouth-watering selection of contemporary weapons, players and opponents tear through destructible cover to execute explosive kills in a shreddable world where operatives are encouraged to leave no witnesses. Complimented by online multiplayer and co-operative game modes, Bodycount will blast outrageous action and spectacular fire-fights from both barrels.

“We’re all massive FPS fans,” said Stuart Black, Creative Director on Bodycount “and believe that there’s room for a refresh of the shooter experience. If Race Driver: GRID™ was all about the purity of racing, then everything in Bodycount is absolutely centred on the bullet and its impact on the world. Our shredding tech enables us to create a different kind of gameplay, where players and AI can’t hide behind indestructible cover and rely on whack-a-mole mechanics. Here the environment is constantly changing as the game world is shot to hell; it’s going to be a huge amount of fun.”

Bodycount is in development for the Xbox 360 and PS3.