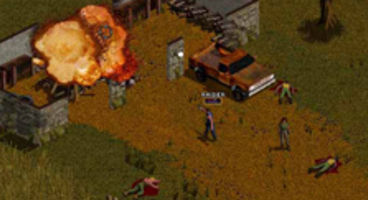 Development has started on Jagged Alliance 3, a strategy game with role-playing elements. The IP rights have been nabbed by bitComposer.

Jagged Alliance 2 remains a "milestone in the genre" with a "huge following" and bitComposer are "delighted to acquire" this classic.

"Although 'Jagged Alliance 2' was published over ten years ago now, the game still represents a milestone in the genre and boasts a huge following of loyal fans,” said bitComposer Games' managing director, Wolfgang Duhr.

“We are delighted to acquire this classic game for bitComposer, and want to continue the success of the previous titles in the series, while giving the new version a contemporary look, bearing in mind the strong features of its predecessors.

Work on the third instalment has now begun and will continue with its turn-based strategy gameplay that infuses role-play elements. The German publisher says this acquisition will serve to "clarify" the future direction of the series, dispelling confusion.

Are you a fan of the Jagged Alliance franchise, videogamer? A social network game from Strategy First is also in development, but rights now belong to bitComposer Games.