Not one but two Epic announcements on way, GOW3 and an EA title 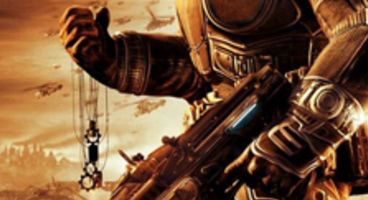 If you thought a single announcement was coming from Epic Games then you'd be very wrong, spills a source close to the development studio.

Gears of War 3 has already been outed by Microsoft through the Xbox 360 dashboard - that's one - with the second a "People Can Fly game".

Cliff Bleszinski was scheduled to appear on the Jimmy Fallon Show in the US but that was pushed back to Monday, no thanks to that Justin Bieber. That delay upset EA's marketing machine though as they wished to dish out their announcement next week.

"EA needs to make sure enough days have passed between the Gears launch and its own announcement," a source close to Epic spills to CVG.

"They were originally scheduling in an announcement for the People Can Fly game early next week, but Cliffy B's postponed TV chat has pushed that back by at least a few days. It's looking like the following week now."

Some clutz at Microsoft accidentally updated the Xbox 360 dashboard screaming out Gears of War 3 for an April, 2011 release window. EA and Epic Games' project is believed to be known as 'Bulletstorm' as developer People Can Fly trademarked it.

Are you itching to splat more Locust?