Rumour: Sledgehammer Call of Duty in space, is now first-person 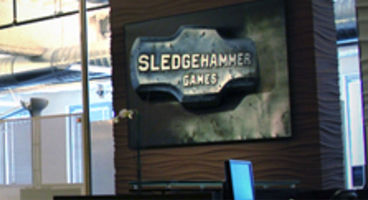 The Sledgehammer Games' Call of Duty project is apparently now a first-person shooter, not an action adventure, and it's set in space say sources.

The studio has pedigree from Visceral Games, developer of Dead Space. Activision is heavily invested in this sci-fi 'space marine' Call of Duty.

"Black Ops is a pretty critical test for Activision," said Lazard Capital Markets' Colin Sebastian. "What's more important for the game? Is it the franchise itself or is it the developer behind the game?" Sledgehammer is therefore a large gamble.

"We have more development resources dedicated to Call of Duty than we've ever had before," said Activision COO Thomas Tippl in their latest earnings call. "We think there's a tremendous amount of appetite for Call of Duty content as well as services... So we are very bullish on the franchise."

The next Call of Duty, which comes from Sledgehammer Games, "will be first-person shooter, just to make sure there's no misunderstanding there," he said. Industry sources are adamant it's set in the future and features 'space marines', more or less.

Thanks to Dead Space, Sledgehammer bosses Glen Schofield and Michael Condrey have plenty of experience with space bound gameplay as former Visceral Games execs. It's definitely a departure from the series' more realistic past - what do you think?