Next Final Fantasy "might" get towns back, HD quality takes longer 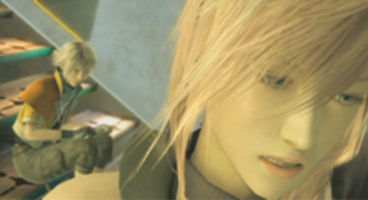 Final Fantasy writer Motomu Toriyama has said how future "story-driven" instalments may be less linear thanks to the "base technology" in place.

Final Fantasy XIII took a long time to make because of HD visuals. To have towns like in the old games would have taken too "long to develop."

"Personally, the Final Fantasies that I have worked on have been very story-driven, so in terms of the development I wanted to, of course, use my personal strengths which where those,” Toriyama-san told Gamasutra in an interview.

"In the Final Fantasy's on previous non-high definition consoles, we were able to kind of take everyone's ideas and include them in the games." These HD consoles limit creativity because of all the time it takes to flesh out their creations to look good.

"I call it a bento box system, where you have all of the different little things in there. So we had minigames or towns were you were able to talk to all of the townspeople. But with the HD console you're not really able to do that because it takes so long to develop."

"If you think about how long it's already taken to develop this game, to have to have included all of those other aspects, it would have been too long. So what we did instead was define what was truly important to the game, and include those aspects and really emphasize those items we wanted to include," he explained.

Final Fantasy XIII released this Tuesday in the US and Europe for Xbox 360 and PS3. It's taken an awful long time to get the game out the door, but now that the technology exists future titles could have time for towns etc to be included once more.

"We had to consider the amount of time it took to create the game engine, which we built from scratch, as well, and so with that additional time included we had to decide what we could and couldn't do."

"Now that we have that base technology... The next time you see a Final Fantasy, we might be able to pack in more of those elements that existed in the past. And I also think that a game doesn't need to have all of those items in the future."

"We can create additional downloadable content for people to add, too. It doesn't have to come with that game itself."

DLC plans for Final Fantasy XIII have been left ambiguous at best with creators first supporting the idea and then trashing it.

"The next title that we will create will have those elements, and the improvements to those elements that you were mentioning. However, it's important for us to choose what we can and cannot include, and that's the role of the director to decide what we can accomplish in that amount of time," he added. Do you enjoy the townsfolk of Final Fantasy?

We got our hands on Final Fantasy XIII, so why not go see what we had to say?