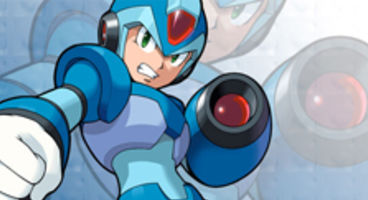 In a move to expand their PC market presence, Capcom have said a joint development deal has been struck with Korean-based Neowiz Games.

They'll be exploring an online Mega Man game, which could be linked to April's Mega Man Universe trademark? Capcom sign off painful fiscal.

If the fiscal period now gone for Capcom is any indication then both fans and developers should be super worried, with net income down 73.1 percent for the 12 month period to just $23.8 million - that's bad. Revenue sunk 27.3 percent to $734 million.

Anyway the publisher has a plan to turn all that around for this fiscal year, which kicked off April 1st in case you were wondering. They'll be shortening the cycles of their franchises by outsourcing projects a lot more and beefing up internal teams.

They will also be keeping a closer eye on their outsourced projects hoping to combine "overseas input" and "Capcom input" better in the future. 20-30 percent of the publisher's development budget is also being tasked on new original IP ventures.

It's the news of extending the Mega Man brand that has intriguing promise as Capcom reveal a partnership with Neowiz Games to deal with Mega Man Online. They haven't released any further information on this MMO, which could be 'Mega Man Universe'.

The two blockbusters, handled by outsourced developers, failed because of "inadequate know-how about supervising outsourced operations and overly optimistic plans." Lost Planet 2 releases on Xbox 360 and PS3 today, and on PC May 18th.