Unreal Engine 4 will have "more and better dominance" says Capps 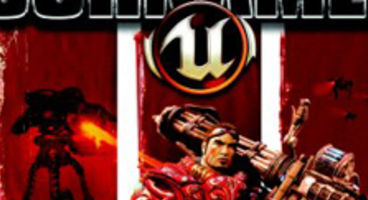 Epic Games president Mike Capps believes their Unreal Engine 4, in the works since 2003, will maintain their market lead when it gets here.

Capps has "a lot of respect" for rival Crytek, but he's surprised that "people take them seriously" as a cross-platform engine outfit, like Epic.

"Are you kidding? More and better dominance!" exclaimed Epic boss Mike Capps, speaking with Edge. "Unreal Engine 3’s done remarkably well this generation, and I think that was a mix of us making an educated guess about where the tech was going to be on consoles, and the shift to console happening at the same time."

"So we had a DX9 engine just when everyone had been crunching madly on their last Xbox or PS2 game, and they look up and go: “Oh, jeez, it’s actually a big leap”. They needed us, which was perfect."

"And of course RenderWare dropped out of the equation, so thanks very much to EA."

Epic Games are undeniably the top brand that studios and publishers turn to for a ready-made cross-platform engine, and the Unreal creator doesn't plan on letting that change despite a new possible challenger in Crysis developer Crytek.

"Honestly, I’ve got a lot of respect for those guys; I know many people who work there – and I’ve hired a few,” he said. “But it’s difficult for us to know what their position is. They’ve positioned themselves strongly as the ‘we’re gonna be on console, push one button and it’s great on all three platforms’ engine."

"Warhead was going to come out in 2008 and was going to be their first big console game, and then they just cut console development from CryEngine 2 entirely, and suddenly we had a new engine. So, they’ve yet to ship an Xbox 360 game and we’re five years in."

"It surprises me that people take them seriously as a crossplatform engine company. We don’t know how to compete against a company that hasn’t shipped yet. It’s all potential, so we’ll see,” added Capps. Crytek are very keen on their CryEngine 3 tech.

This next generation is "really murky compared to last time,” but whatever the future holds most studios still won't try to go out and handle it on their own. "Most likely, you’re not going to want to make that massive investment yourself, you’re going to look to come to a company like Epic.” Epic is busy with Gears of War 3 as well, due out April 2011.