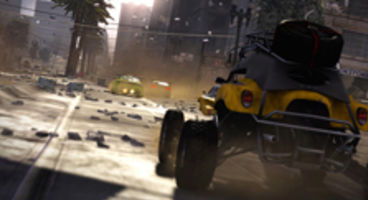 Not all rumour and 'stolen' images to hit the Internets are big fibbers. Sony has just unveiled the next MotorStorm and it is in a post-apocalypse.

The poor city is falling apart around your races, and the damage carries over to future ones too. You can be attacked as well by a PMC in the area.

Yep it sure is quite the departure from the first two games on PlayStation 3. It takes place in an earthquake stricken city as three characters are geared up for a 48-hour long MotorStorm festival. We get to play as all three over the 6-8 hour long campaign.

The usual array of muscle cars, buggies and the like can be driven but each of the races themselves are one-off events because of the storyline. That also means that damage to the city will carry over as it's persistent throughout the campaign.

Factions occupy the crumbling city, like a private military company, that may well attack you along the way. Developer Evolution Studios promises the game has the traditional multiple race routes that is the MotorStorm formula, and says tactics will play a part.

'Wreckreaction' is a mode beyond the campaign and supports both off and online play, where racers earn experience points and can even bet them against results. Perks are also earned and some from in-race objectives.

It supports 16 players online and 4 player split-screen locally, with the added bonus of 4 local players being able to all go online together.

There's also a Game Mode Creator: "From a completely blank canvas you can design your own game rules and victory conditions, play them online, and incorporate them into tournaments," revealed the EU PlayStation.Blog. 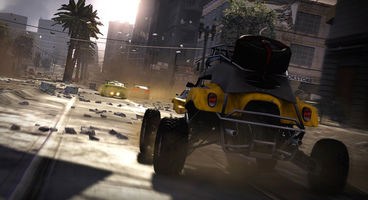 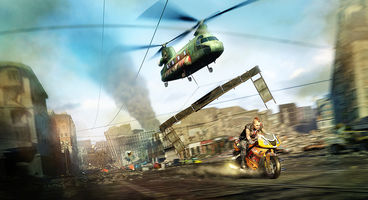