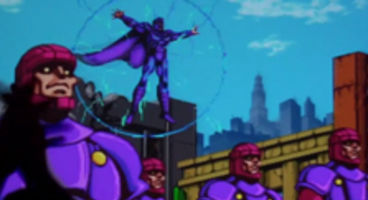 Konami is reviving their 1992 arcade game of X-Men for Xbox Live Arcade and the PlayStation Network, and it will have 6-player online co-op.

During the New York Comic-Con they revealed the drop-in/drop-out feature with a video, and say everything about the title remains, even the "cheese".

It's a 6-player side-scrolling beat-em-up from the days of yore and now it'll be dishing out pixel justice on XBLA ann PSN soon announced Konami. The strange soundtrack will be featured as well. Check out the trailer from NY Comic-Con below.