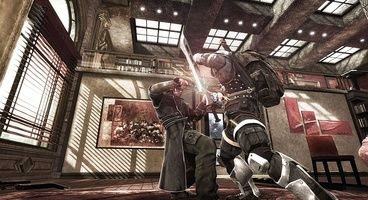 There can be only ONE!
This is not unexpected, but Square-Enix has formally announced that Highlander: The Game has been canceled.

The game was first announced back in 2005 for PC, Xbox 360 and PlayStation 3, and was going to put to put the player in the role of Owen MacLeod, a relative of Connor and Duncan, who appeared in the film and television series respectively, while the action would take place in Ancient Gaul, Pompeii, and modern-day New York City.

The game's premise and story was highly promsing, and even written by David Abramowitz, head writer and creative consultant of Highlander: The Series.

The game was being developed by WideScreen Games for Eidos; Square-Enix inherited the property when it purchased Eidos. Square-Enix gave no reason for the cancellation, but it's easy to surmise that the long development time under a cash-strapped Eidos probably made the project unsustainable.

It'll be interesting to see if another publisher decides to pick up the IP, which still has a lot of cache amongst science fiction fans and gamers.