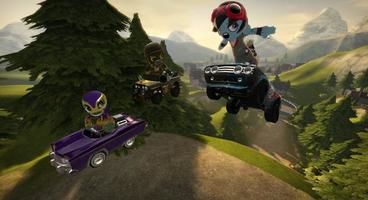 Sony Computer Entertainment Europe has announced that the European beta test for ModNation Racers will begin on January 22.

Users must login to the PlayStation Network store on Thursday, January 21 to download the beta client, but only the first 100,000 downloads will be given access. The beta will be playable on Friday, January 22.

Those that manage to get a place in the beta will be granted access to four pre-made tracks, with two being exclusive to Europe. Players can also enter the Creation Station where you can design your own characters, create alphine-themed race tracks and design your own karts.

Time is limited though, with the beta ending on February 14.