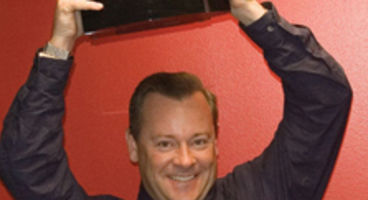 Sony America boss Jack Tretton has posted his glee over 2009's performance for the PlayStation 3, with January showing sales up 36%.

"2009 was a great success for the PlayStation brand in a market that continues to be impacted by a down economy. I wanted to thank you for making this past year the best yet for the PS3," posted Tretton on the US PlayStation.Blog.

"According to NPD’s recent Top Global Markets report, PlayStation was the only company to see consumers in three territories (UK, US and Japan) spending 15% more on PS3 software in 2009 than they did in 2008 – this is while the category as a whole experienced a 9% decline in software sales."

"The PS3 was also the only console in the U.S. to see double-digit growth in sales this past quarter. December also marked the best sales month in the platform’s history, breaking one million hardware units and 7.3 million software units."

"We’re nowhere near slowing down in the new year as today’s NPD numbers show a 36% sales increase on PS3 hardware when compared to last January. This is truly remarkable given the tight inventory we’ve been experiencing as a result of high consumer demand since last Fall."

"Games like UNCHARTED 2: Among Thieves are surpassing our lofty expectations as it outsold the franchise’s first PS3 game and is now closing in on three million copies sold worldwide. Over half a million of you have already chosen your allegiance in MAG, and have played over 270,000 games in the Shadow War," continued the boss.

"We’ve also successfully established that we’re not just a disc-based powerhouse, but we’re also a digital powerhouse. PlayStation Network experienced huge growth last year, marking its best revenue month in December – a 155% increase in sales from the previous year. More than 40 million of you all over the world are coming to PlayStation Network to access multimedia content and to enhance your social gaming experiences."

"It truly is a great time to be a PS3 owner as we have so much more in store this year. We’ve already come out of the gates with MAG, White Knight Chronicles, BioShock 2 and we have an onslaught of new IP and blockbuster games just around the corner with Heavy Rain, God of War III, and Final Fantasy XIII… not to mention the many other games we’re keeping up our sleeves." inFamous 2 is rumoured to be retailing this year.

"We’re also bringing groundbreaking technology to the masses with the launches of 3D gaming and the new motion controller later this year. We know both will open entirely new doors for you to enhance your gaming experiences and will provide new ways for you to think about interactive entertainment."

Sony plan to patch in motion support for some older titles. "Thank you again for making PS3 your entertainment device of choice. We look forward to your continued excitement for the brand," added Tretton. Do you further the PlayStation cause last year?