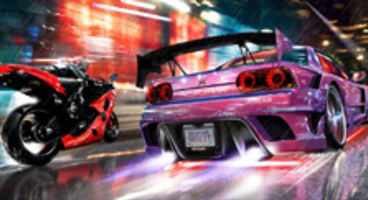 Exciting news from publisher EA's latest fiscal chat-fest - we have their E3 2010 catalogue. Included amongst them is a 'new Need for Speed'.

This is likely the long awaited Criterion Games NFS project. No word if their 'marquee 3D' title is a brand new game or something upgraded.

It was John Schappert, EA's COO, who revealed they have a 3D enabled viewing for us at this year's E3 in sunny California, though it’s unclear if it’s an unannounced title or not. Still they also confirmed what else we get to glue our eyes too at the L.A. shindig.

EA will most likely surprise us with something else at E3 when it arrives, but the Need for Speed, Crysis 2 and Star Wars: The Old Republic showings have my eyes popped already. Do you have an EA title you're burning to see strut around at E3?