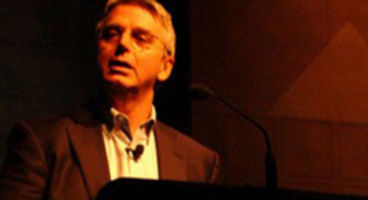 Speaking at their fiscal conference bash, EA CEO John Riccitiello said that their new Online Pass addition to Project Ten Dollar helps all of us.

Retailers, EA itself and gamers benefit. We should expect a “boatload more content" than we otherwise we get - "key retailers are supportive".

EA Sports' Tiger Woods PGA Tour 2011 introduces for the first time the new Online Pass system, which means first-hand copies will have a code card included which lets consumers activate the multiplayer features of the game for free.

Second-hand copies though won't get the card and will instead be prompted to pay $10 to enable the online components. This is what Project Ten Dollar is, an incentive to buy new copies over used, or at least let EA make some money from second-hand trades.

Riccitiello says we should feel easy because we'll be getting a “boatload more content to experience than they otherwise would," during the fiscal call, reports IndustryGamers. The EA boss argues that the Online Pass is very pro-consumer, compared to others.

"We used to literally pull our teams off of a game within maybe four to six weeks pre-ship and they'd go work on something else because the game was done, it was going into manufacturing. Their jobs were done," said Riccitiello, referring to old practices.

"Of course, EA's going to benefit too... and not just from fewer used game sales."

"We're delivering more content to consumers just the way they like it, and we're very pleased that they key retailers are supportive of our strategy to do just that.”

Project Ten Dollar has already been out amongst the public with Dragon Age: Origins, Mass Effect 2 and Battlefield: Bad Company 2 - each offering free additional content for first-time buyers, or info on how to pay a little extra to get those goodies if second-hand.

"So we feel pretty good that we'll have good uptick there, and we think it's also a good opportunity to turn these packaged goods consumers into digital consumers," said Schappert. The publisher doesn't intend to step on retailers toes with all this.

"I think it's notable that GameStop joined us with our press release to announce EA Sports Online Pass. I think it's an opportunity for us to build a business direct to consumers. I think retailers will ultimately find the best way to participate," added Riccitiello.

Tiger Woods PGA Tour 2011 releases on Xbox 360, PS3 and Wii June 8th. This is the debut for the Online Pass system which is expected to spread to future titles.