Spielberg and EA's 'Project LMNO' has "ceased", had small team 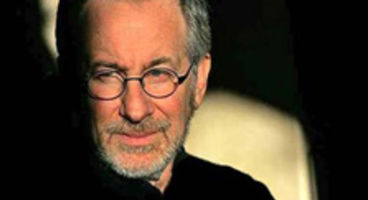 Publisher EA confirms their second collaboration with Steven Spielberg has been cancelled, though EA "maintains its relationship" with him.

Former EA dev Jake Kazdal says 'Project LMNO' was "very ambitious" and with "very smart" staff on it, and he's not sure exactly what "made it fall apart."

During the latest 8-4 Play podcast, former EA employee Jake Kazdal detailed a little more this hyper secret Project LMNO. "I don't wanna get the EA police on me," he said.

"I can't say too much. It was very ambitious. We had a small team - very smart people on it. And we spent a lot of time thinking and talking. And doing some stuff. And it just sort of... I don't know exactly what was the thing that made it fall apart."

"I'm sure anybody you ask is gonna tell you something a little bit different, but it didn't end up ever taking off. There was some rival game stuff that may or may not have come out of EA that was basically the same thing minus some of the stuff we were doing."

"There was just a lot of politics," commented Kazdal. Only one of three proposed Spielberg projects with EA has made it to retail - Boom Blox for Nintendo Wii. Recent rumblings have Spielberg eyeing up that Halo movie project using DreamWorks.