Microsoft snubbed publishing Machinarium, wanted it for XBLA only 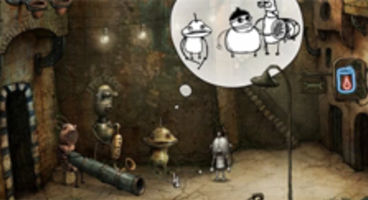 Amanita Design is the team behind point-and-click Machinarium and founder Jakub Dvorsky reveals Microsoft refused to publish it.

Machinarium was to be released for XBLA but it's now only going to be available for PSN? Not enough profit to warrant an Xbox Live version.

"They told us, 'It's not Microsoft-exclusive, we don't want it.' They didn't cite the Mac and Linux versions but it's quite clear that's the reason," Dvorsky told Joystiq. Turning to a third-party publisher would take away too much of the profit from Machinarium.

"It means if we want to release the game on XBLA we must throw, probably, most of the profit out of the window -- to the publisher. Just because we created Mac and Linux versions." Amanita is now moving onto Sony and the PlayStation Network.

"We submitted the game to Sony after Microsoft refused it," said Dvorsky. Before the Microsoft snub the developer never considered turning to Sony and its platform. PC and Linux versions are the downfall for any who want some Microsoft publishing.