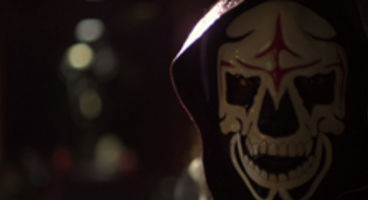 Mexican mask-wearing wrestling is on the way but has now left its original August window, as first-time publisher Slang dates it for October 12th.

What? Wrestlers dressed in masks look silly to you? I wouldn't say that too loud in Mexico. They love themselves some masks and wrestling ring action. This is Slang's first published title so good luck as the game heads into dangerous holiday territory.