Nightshift: Paradox - Victoria 2 to HoI3 converter on the back-burner 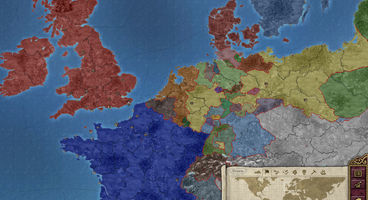 This is one for you die-hard strategy fans who love a bit of Paradox in a the morning.

It seems the masters of hardcore have revealed more information about one of the more interesting features that was going to be included in their upcoming Victoria 2 game, importing saves.

Speaking at GamesCom last year, Johan Andersson (Currently Head of Development at Paradox Interactive) mentioned to us how he would like to include a converter that would allow people to import their save files from Victoria 2 into Hearts of Iron 3, and then start a new game with the game world looking as it did at the end of Victoria 2.

A bit like what Bioware did with Mass Effect, in a way, but on a much larger and more complex scale. Speaking at press event earlier today however, Chris King (Game Designer for Paradox) confirmed that the idea had been put on the backbench.

"We decided we wanted to concentrate on the core product first instead of worrying about compatibility and how the save files would transfer over," he said.

This matches what Johan said a few weeks ago just after E3 where he posted on the official forums, "This feature is not currently in the game". If it's going to be included at all, it'll probably in some kind of patch or update post release.

Stay tuned for a hands-on preview on Victoria 2 which will follow in the coming weeks.